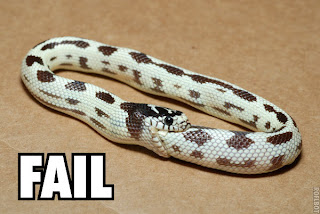 They should have introduced another separate level of hierarchy for those errors that you generally don't want to catch because they are programming errors or internal errors (i.e. bugs) in the underlying Python runtime.
Posted by tsuna at 10/18/2012 09:41:00 AM

I completely agree; the name heirarchy has been truly stupid forever. It seems like adding a layers for "OtherUsedDefinedExceptions" would be good. Add ing a for "ProgrammingErrors" including your bolded items would be better.


Want to write a PEP?